Indian Railways Special Trains, Ticket Booking Online Updates: Railway Minister Piyush Goyal said in a tweet that the Railways has given the green signal to resume the ticket booking facility through Reservation Counter, Common Service Center and Agents from today on 22 May. Has shown.

Indian Railways is giving good news one by one for the convenience of the passengers. After the announcement of running 200 passenger trains from 1 June on Wednesday, the Railway Ministry has also opened many avenues for booking tickets. During the lockdown caused by the corona virus, so far passengers were getting tickets only and only from the railway website and mobile app. But after the new announcement of the railway, many options for booking tickets have been opened for the passengers.


Where will train tickets be booked?

According to the information received from the railway, now passengers will be able to book tickets for 200 trains running from June 1, apart from the website and mobile app, from the railway station counter, post office, Passenger Ticket Facilitation Center (YTSK). Not only this, passengers can also book tickets with the official agent of IRCTC, Passenger Reservation System (PRS) and Common Service Centers. Apart from booking tickets from these counters, passengers can also get them canceled. However, passengers will have to take care of social distance during this time.


Booking of tickets through all these mediums will start from May 22, that is, Friday. Railway Minister Piyush Goyal tweeted on Friday and made him aware of all these information. However, according to the railway, counters will be opened at only a few stations and their number will be increased gradually.

Where will railway counters open?


The agent can also book tickets

Railway Minister Piyush Goyal said in a tweet that from today on May 22, Railways has given the green signal to resume the ticket booking facility through reservation counters, common service centers and agents. After this decision, each zone of the railways will give information about opening and fixing the counters in a phased manner as per their convenience. Western Railway said that select railway counters will be opened from Friday. Passengers are requested to leave for booking tickets from home only after receiving information about the opening of their nearest railway counter.


Reservation counters will open from 22 May 2020 with social distancing at Ahmedabad, Bhuj, Gandhidham, Sabarmati, Palanpur, Mahesana and Viramgam stations of Western Railway’s Ahmedabad division. Western Railway said that at the moment only reserved tickets will be available and refund of tickets will not be possible.

All these rules will be valid for ticket booking of 200 passengers train running from June 1. Apart from these 200 trains, AC Special and Shramik Special trains will continue to run. In these 200 trains, passengers can also book tickets for General Bogie. That is, passengers without confirmed tickets will not be allowed to travel in any bogie. Also, taking care of social distancing will also be mandatory. 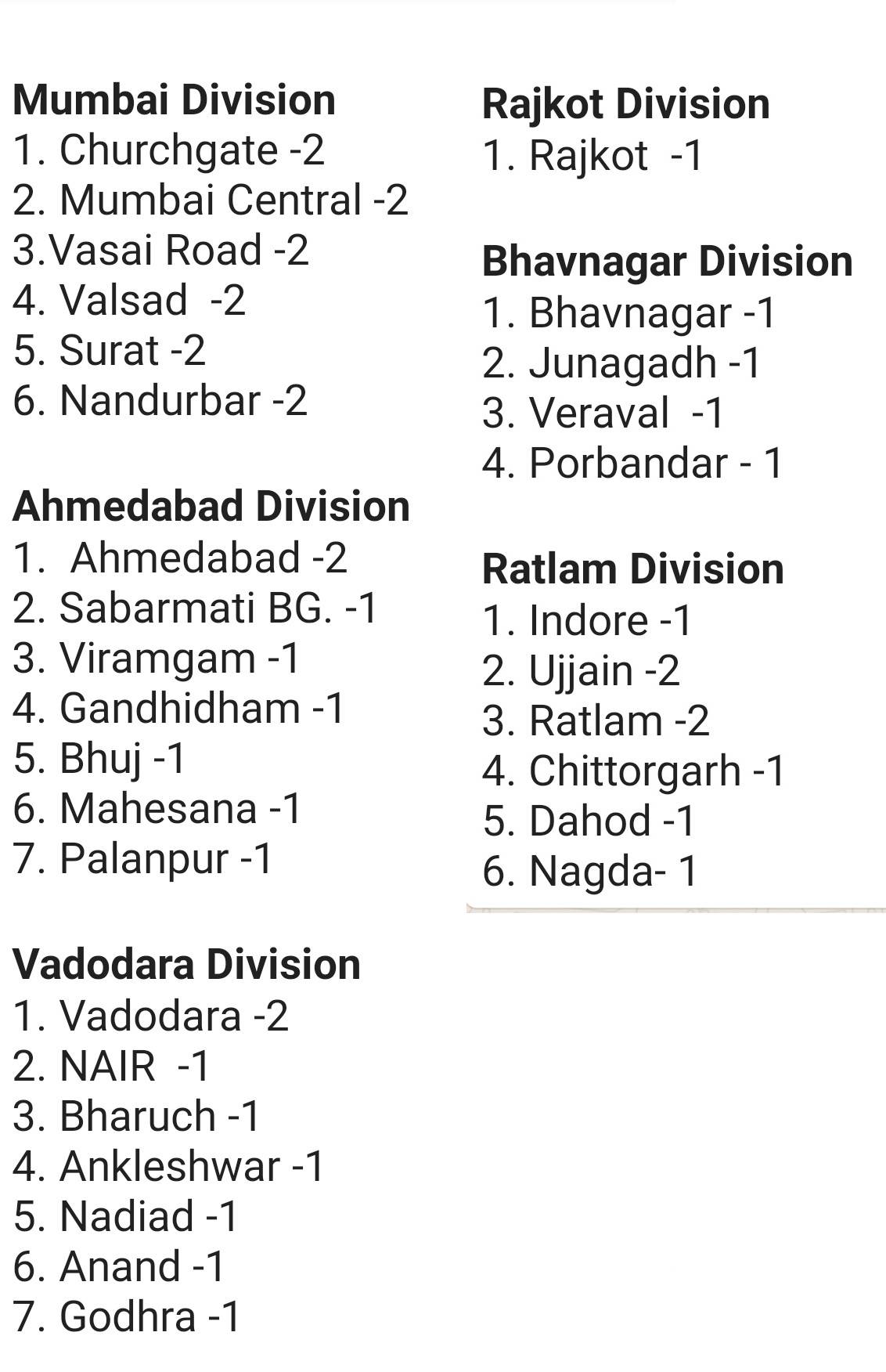 Railways has made changes in many rules regarding ticket booking for 200 trains. Let’s know about those rules …


2. The period of advance reservation (ARP) will be maximum 30 days. That is, passengers will be able to book tickets for these 200 trains within 30 days or 30 days before the day of travel. For example, for the journey of 30 June, passengers can get tickets from 1 June to 30 June.

5. No immediate and premium instant booking will be allowed in these trains.


8. Only passengers with confirmed tickets will be allowed to enter the railway station.

9. All passengers will be required to wear face cover / mask during entry and during journey. After arriving at their destination station, passengers will have to follow health protocols which have been made by the state / UT there.

Lost your Aadhaar card? Here is how to retrieve it within minutes

When a woman said to Baba Ramdev – I want to give you my body, mind and wealth, I started giving flying kisses