OnePlus will be launched in an AR event today. The company will take the curtain of this phone at 7.30 pm. The phone will be made available in many color variants. This will be the most affordable phone of the company.

New Delhi
OnePlus is going to unveil its affordable phone today. Now a few hours before launch, this phone price has come out. A screen shot of Amazon India is currently going viral on social media. According to this screen shot, the price of OnePlus Nord 5G will be Rs 19,999 in India. After this, many tips and company CEO Carl P has made it clear that this Amazon listing related to the price of the phone is fake and the price mentioned in it is also fake.

Nord at 19,999′ trending
on Twitter After the image went viral on social media, ‘Nord at 19,999’ started trending on Twitter. Because of this, there was a lot of excitement among users about this phone and people are constantly discussing this phone on Twitter. 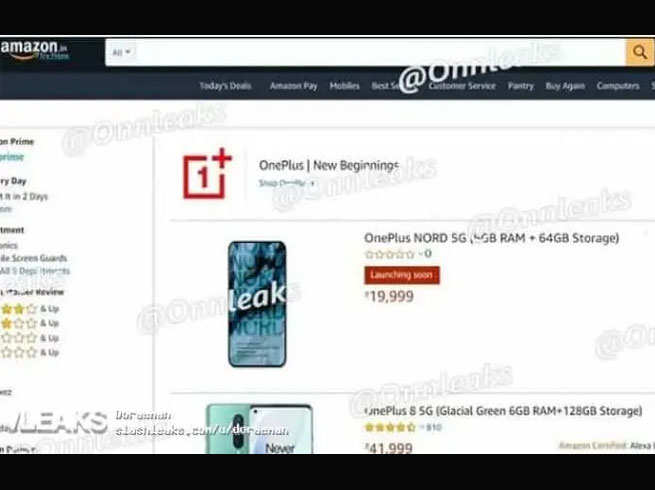 OnePlus Nord will be launched today
OnePlus will be launched in an AR event today. The company will take the curtain of this phone at 7.30 pm. OnePlus Nord can have a 90Hz refresh rate display with HDR 10+ support. The leaks suggest that the phone will have a 4115mAh battery which will support 30T of wrap charge. NFC, dual-band Wi-Fi and latest Bluetooth version can be given in the phone. As the name suggests, the phone will support 5G network.


The phone features Dhansu
OnePlus Nord will have a 48 megapixel primary camera. It will feature OIS with Sony IMX586 sensor. Apart from this, the phone will be given an 8 megapixel ultra-wide angle lens, 5 megapixel depth sensor and a macro lens on the rear. The smartphone will have an all-glass unibody design. The phone will be made available in many color variants. No disclosure has been made by the company about the price of the phone yet. In today’s event, the company will also cover the price of the phone.