BARC has released the viewing pattern of the Indian audience from 18 to 24 July, according to which in the case of TRP, Dangal’s Ramayan is still at the top.

Mumbai: Ramanand Sagar’s legendary show Ramayan, which aired for the first time in the 80s, made a comeback on TV amid the lockdown implemented in the country due to Coronavirus, which got a lot of viewers’ love. Ramayana created a lot of panic in the TRP world. Now according to a new report by the Broadcast Audience Research Channel (BARC), Ramayana has become the most watched serial on TV. BARC has released the viewing pattern of the Indian audience from 18 to 24 July, according to which in the case of TRP, Dangal’s

Ramayan is still at the top.

After the Ramayana, DD National has Shri Krishna. The show also telecasted for the first time in the 90s, and returned to TV during lockdown. Apart from Ramayana and Shri Krishna, Dangal’s Majesty Shani Dev ranks third among the most watched shows on TV. Apart from this, Tarak Mehta’s inverted glasses are at number four. Recently, the show has completed 12 years. The first episode of Taarak Mehta’s Ooltah Chashma was telecast on July 28, 2008. Dangal’s blood relation is at the fifth place. 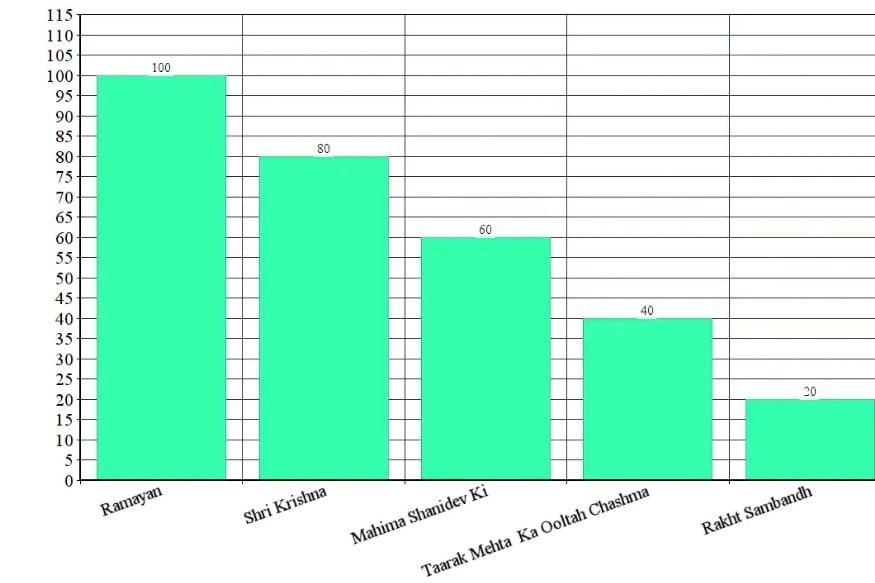 Also, according to the Hindi GEC Urban, Tarak Mehta’s inverted glasses occupy the first position in the case of TRPs. After this, ‘Anupama’, which came recently on Star Plus, has made it to the second place. Through this serial, Rupali Ganguly has returned to the world of TV after a long time. The show also stars Sudhanshu Pandey and Ashish Mehrotra in lead roles. At the third place, Zee TV’s horoscope is fate. Apart from this, Colors ‘realization of power existence’ is fourth and ‘Chhoti Sardarni’ is at the fifth position.