Urfi Javed Unseen Photos: The latest look of Urfi Javed has surfaced on social media, which is becoming increasingly viral. In this look, Urfi is sitting topless in front of the mirror and is doing makeup.

Urfi Javed Topless Photos: Fashion sensation Urfi Javed’s latest look has created a ruckus on social media. The actress surprised everyone by sharing her bo*ld topless video on the day of Rakshabandhan. Not only this, now Urfi has also shown the BTS scene of this look. Urfi has shared a picture of herself on Instagram story. In this picture, the actress is sitting in front of the mirror to do makeup and is seen covering her curves with her hands.

Talking about this look, the actress is wearing only a skirt of green color. The special thing is that the actress has somehow stopped this skirt on her body with cords. Not only this, Urfi Javed is wearing this skirt topless. 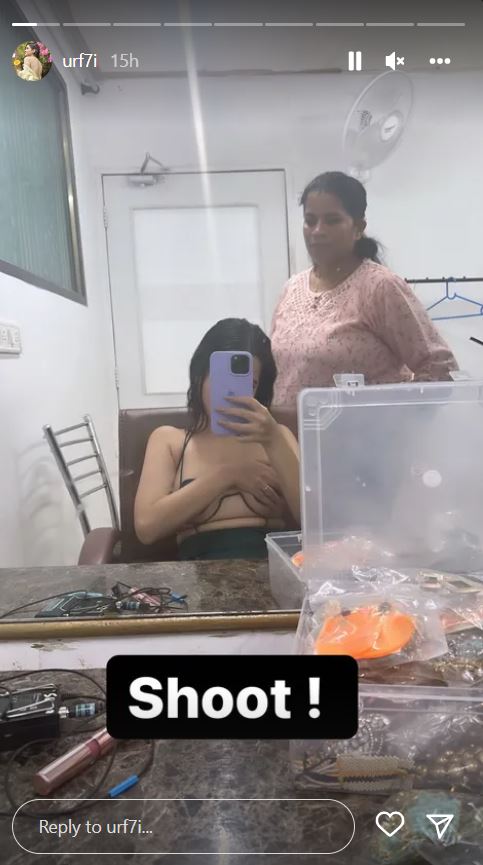 Urfi Javed is seen topless in this video. Although the actress has pasted the cloth on the front side in many places to cover her body from above. Not only this, the body is tied with many cords. To complete her look, Urfi has tied her hair and wore high heels.